Council Card To The Rescue

There’s no way around the law. I have to start from scratch to get my driver’s licence. Even though I have twenty years driving experience from California and New Mexico, here in Ireland none of that experience counts. I’m considered a Learner and have to take the written test, attend a driving school and pass the driving test.

Yet it stands to reason since in the USA I learned how to drive on the right side of the road, while practically everyone in the EU drives on the left. Okay, and I must confess it has been twelve years since I’ve gotten behind the wheel. Even so, what does this have to do with this SoulCollage® Suit? I’ll get to that.

Something happened while I began to study for the theory test…

As I embarked on the usual route of study and memorization, trying to figure how best to keep in mind what the gears do in a manual transmission, familiarizing myself with road signs, speed limits and child safety equipment, I decided to sign up with Prometric.

An online theory test program Prometric, supplies all 800 questions and the answers with the explanations. What they can’t provide you with (and that’s obvious) are the 40 out of the 800 that will be on your test. Also at the test center there are time constraints. You have to get 35 out of the 40 answers correct within a 45 minute time frame with (if needed) breaks in between.

Having access to the questions and the answer to each one helps. Still it’s a staggering amount of information to process and memorize that at one point becomes mumbo-jumbo.

Was I overwhelmed? Yes. Did I think I could pass as I scheduled to test in ten days? Well, I signed up for a month plan with Prometric.

Good-meaning folk reassured me I’d do it more than once. Friends reminded that if I failed I could take it again. And so, how does this relate to the SoulCollage® Suits you say?

Like I mentioned earlier, while I began to study for the theory test something happened: I noticed that pushing the limits heightened my perception as it heightened the experience and interest in the subject. I felt challenged to pass. I felt my wits gleam from sharpness. My mind sparkle from within. The light of confidence refracted off the mind’s surface as if from a multi-faceted diamond.

I experienced a sense of expansion, like a vast plain before me without borders or limitations. An expanse where I could take in any amount of information and recognize it in an instant. Going through the material I felt I was no longer memorizing.

What I did know was that the answers were a given along with the question. Mentally, this was all the information I needed to record. I didn’t need to concern myself with doubt—to second guess or question what I knew was a real distraction, energy drainer and waste of time.

To finish and finish with a Pass, the motivator. I either recognized the answer or I didn’t know the question. For this surge of clarity to work I needed to know both.

Having accomplished what I theoretically had to learn, on the scheduled test date, I entered the lab. It was a quiet three-person room. Each one of us in a cubical facing a monitor whose mouse would navigate our fate to pass or fail.

Like a dispassionate computer, and with acute awareness, I sat down and zeroed-in; my vision recognizing the question and acknowledging the answer by the sound of the click. Click. Click until the 40 were over and done with, my finger trembling as I pressed the Exit Button.

Whatever this brilliance was worked. I scored 39 out of 40 in less than 25 minutes with no breaks in between.

A few days later after coming down from this high, intuiting that this was a new surge of determination that over-rode whatever procrastinating programs were at play, I decided this force belonged to an archetype. So who had taken over?

I search through stock photos and copyright free images to see which call to me, whose imagery is akin to this force. I acknowledge the presence of this new and undeniable archetype in my life by constructing a SoulCollage® card.

How do I know this energy comes from an archetype and therefore a card that belongs to the Council Suit? The amount of fortitude it exerts to overtake and direct a situation. How it strategizes and leads, bypassing misconceptions, shedding light on any fears, ideas and concerns (both imaginary and real) that should be ignored or stand in the way of reaching the goal. The archetype portrayed on the card speaks from conviction, from a knowing whose wisdom doesn’t fail.

This conviction has nothing to do with self-assurance related to the mind. The energetic force of an archetype can’t be understood or controlled by the mind. This energy is not learned, it is dynamic and cosmic.

Believe me when I tell you I never experienced such a heightened sense of consciousness while working with or in the making of any of my SoulCollage® cards. Mentally, I did not intentionally conjure its appearance yet at this point in time, I need to realize the force of its ability to decide how best to deal with situations that empower my sense of self.

Seena B. Frost in her book SoulCollage® Evolving, talks about the strength and power of Neter/Archetype energy, how it “seems to choose certain Souls, most likely drawn by the coding of the SoulEssence in that Soul.” (pg. 58)

The images in this suit deal with ancient myths and their natures both numinous and universally understood. The Council Suit cards represent archetypal energies that affect and intervene in our lives; sometimes lying dormant, waiting for the appropriate time to emerge. Seena Frost explains their appearance saying they “come into your life and bring strong energy and direction for a time and then move on; others may stay present, or in the wings for a time. Many lay claim to individuals through the family or community or religion in which they are born and raised.” (pg.59)

In other words they intervene and involve us in a higher calling. A Council Suit card can represent the consciousness of a Humanitarian/Saviour type who works for the good of a people or a nation. A Council card can acknowledge the curative powers of a Miracle worker/Healer like Mother Teresa directing our path in life, or the courage and fortitude attributed to a Hero/Warrior type, even the persevering nature that defines an Innovator/Leader.

Don’t be scared. There’s nothing voodoo about archetypes. You’re not being possessed by some unknown entity. Archetypes are always at play in our lives and relationships. Archetypal energies can appear when required to jumpstart and influence change, initiate breakthroughs, raise consciousness and the awareness of all sentient beings.

Recognizing an archetypal influence and its capacity, we can direct this energy to benefit ourselves and humankind. Taken to the extreme creates an imbalance of energy which is known as its Shadow.

When we pay attention (are mindful) we become sensitive to Neter/Archetype play, and recognize the shift in consciousness. We become aware of how influential and persuasive this energy can be; the kind of hold it has over our actions, how we relate to ourselves, the world around us, in turn how people and the world relate to us. 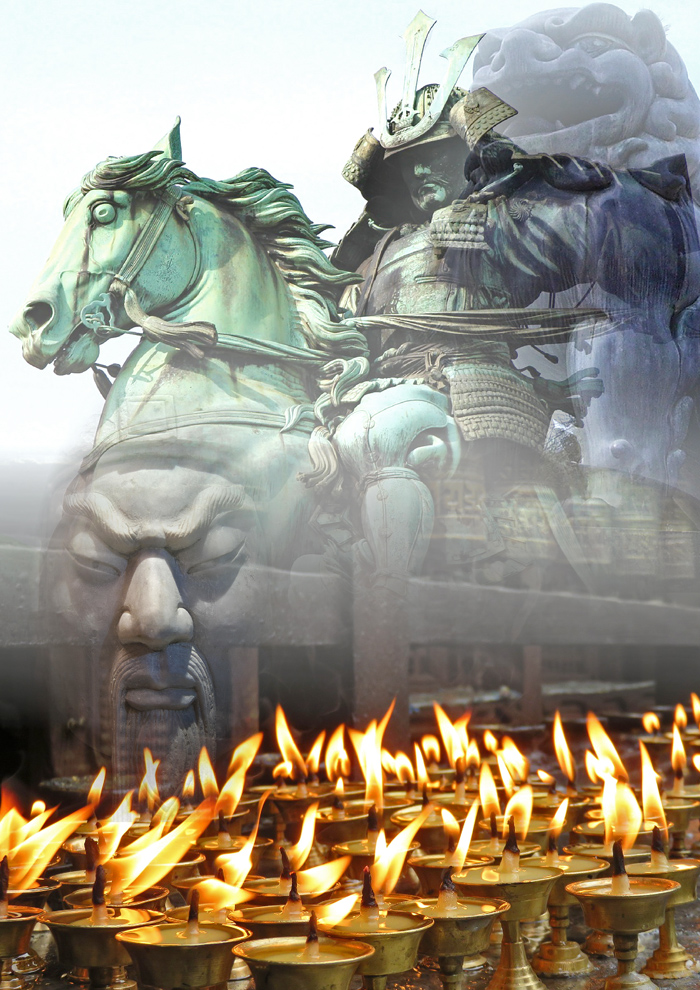 That The Forger Fire, with its new surge of determination made itself known means the influence was alive and actively present in my psychology though waiting for the right moment or situation to appear. Whenever I decide I want the encouragement and positive re-enforcement from this Neter, the card and the energy it represents will remind me I have the support to be true to myself and the nature to do what I have in mind.

After constructing The Forger Fire card, I include an aspect of this card in my Committee Suit. The Committee Suit, one of four comprising the SoulCollage® deck relates to our psychology, our behaviour, aspects and characteristics that are learned yet distinguish one personality from another. 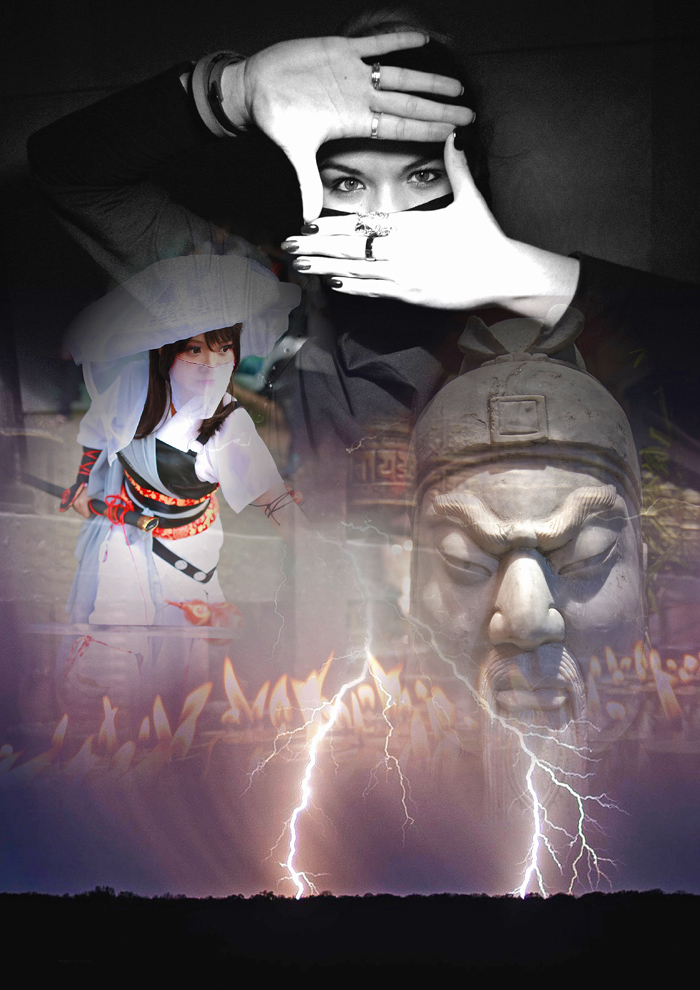 Meditating on my two new SoulCollage® cards, I address each one by name and ask why this energy has appeared, how to best use the energy, and if there is something I can do to support their being in my life:

The Forger Fire, Council Suit Card: I Am the One Who is known as The Forger Fire, the One who like a fury, follow through and carries on to the very end. I Am the One intolerant of ignorance and superficiality. I am the One who shapes into being and manifests the way for change. I am part of the genius of the masculine force associated with human accomplishment and the wisdom that uses this power. I arise to consciousness as the Heart’s informant: the driving Spirit that through a change of heart causes Mind to relinquish self-doubt. When I am in full force there is no denying capacity or possibility. I am the impassioned drive of existence who seeks a Soul out. Honour how this force enters your life by not cowering before this strength, this Light that recognizes what is true of you. This gift of compassionate strength empowers the Soul to forge ahead.

The Feminine Forger Force, Committee Suit Card: I am the one who when challenged is set ablaze with the flame of the Forger Fire. Having merged with my counterpart, I am made whole, radiating light on what is true of you. I take a firm stand on what there is to value and defend. Whomever stands in the way, from their lack of understanding and unwillingness to yield, will experience the wisdom of this fire.

Recently, my Feminine Forger Force made itself known in defence of my right to honour my own thoughts, truths and opinions regardless of what anyone else thinks is true.

All rights reserved. Text and photos copyrighted by Amirrorself.com I. Ebaen. 2018.