The Art of Haibun is a combination of prose with haiku interspersed between the narrative. The prose is descriptive with a touch of a story-line. Haibun is usually written in the first person and meant to be personal. The haiku, written for the prose, are meant to highlight the writing and not necessarily relate or refer to the prose. Yet what the haiku magically does is resonate with the whole. They are the pauses where we can step back and reflect for a few seconds as to what all this means. The haiku create the gap, the breather, where the mind stops conjugating verbs. A Haibun needs a title. The prose and the haiku can stand by themselves. 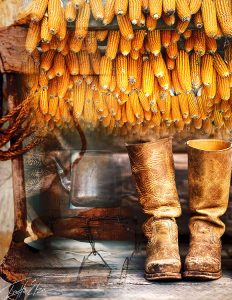 In the windless Rio Chama Valley, prairie dogs on hindquarters perch like pint size pillars the grey of rocks. Their whiskers twitch; detecting the fall of human footsteps in proximity. Overhead the sky an opaque blue, clouds ripple beyond a chiselled mountain range copper in colour. Sheer curtains of heat shimmer throughout the Abiquiu desert as Hell’s inferno smoulders underneath. The earth seethes on the surface to char sage- brush, sear canyons a cayenne pepper red; wreaking havoc on all manner of crawling life. The lizard seeking haven under juniper and the scorpion in the hollow of a rusty Coors beer can.

The cool air in the adobe’s interior remains fresh like water keeps cool in an earthenware jug. I see no electrical outlets or radiant heat yet the space feels warm. On those frosty Abiquiu nights, I peek inside the kiva’s mouth where Georgia tossed kindling to build her fire. I imagine her prodding the flames with a stick. The reflection of the fire bright in her eyes while the embers ash and flake then die.

with a raven feather

I glance at the raven skull and the antlers on her desk. At the row of cow skulls as white as chalk on the windowsill. Lifting the lid from a wooden box, I see a dozen rattles from the rattlesnakes she said she killed.

autumn in her hair

Haibun II:  It Is What It Is

Eight hours to wander through Monet’s estate and I’m told to follow the map. Maps. I know people who won’t leave home without one. Still I stuff mine in the back pocket of my jeans feeling that the edginess of not knowing where I am is what I need. Trusting my own sense of direction I’m keen to see the things I would otherwise miss: like that striped spider skulking up the Weeping Willow’s bark. The willow’s trunk leaning halfway over a pool where dragonflies and tadpoles hitch rides on lotus pads.

Before the addition of the lily pool in Monet’s estate, when he purchased the hectare paying 22,000 francs, the land was called The Cider Press. Later he acquired the neighboring pond property and accessed water from the River Ru. A handful of villagers protested. They feared foreign plants might pollute the waters that fed their crops. Imagine if Monet hadn’t bought the pond or erected the lily pool…

on a dark city wall

I amble through Monet’s garden smelling of apple orchards and quince; the mash of leaves and compact earth still clinging to the soles my Reeboks. Astonished by the sight of a thousand flowers, I now recognize the colors he had planted. Monet’s palette discovered in the yellow of the daffodils, duplicated in the rose madder of a primrose, borrowed from nature’s purple Forget-Me-Nots documented through the year in his series of waterlily paintings.

I raise my gaze to see the sun creep over the poplars and the Bambusa Nigra (the Black Bamboo), at whose feet streams forge themselves into alleyways. The sun on my back, I follow the stream along the path that ends at the steps to his pink stucco house. Nailed to the front of his door hangs a weather-beaten sign that reads: “S’il vous plaît. Rétournez. Closed for Renovations.”

duck in the water 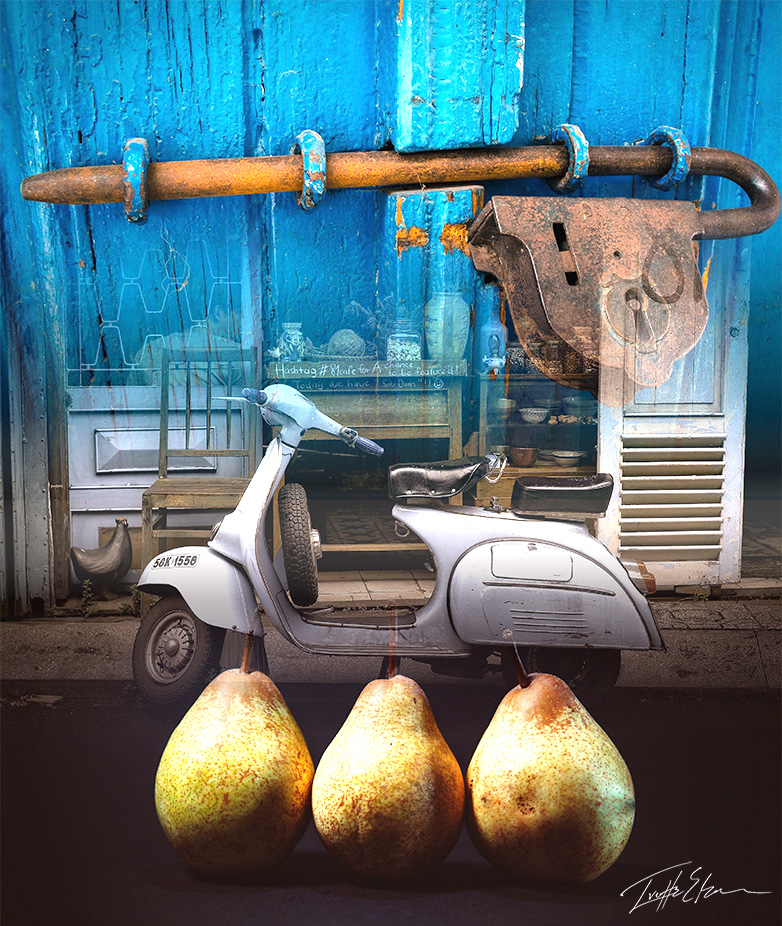