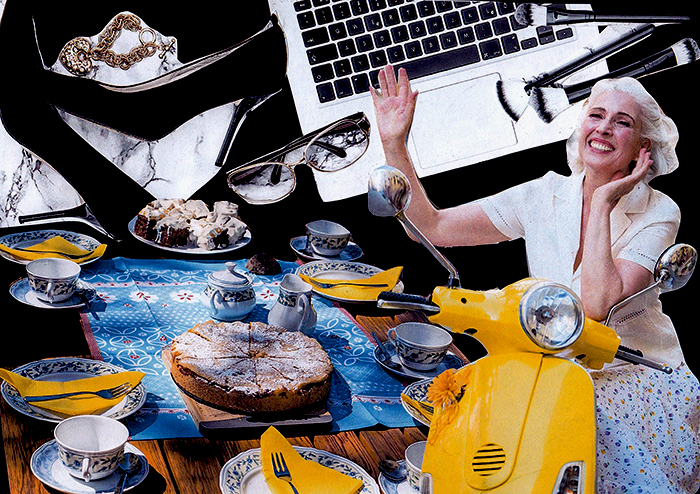 Honoring The Crone In Me

I never imagined that someday I’d be known as a Crone.

According to Wikipedia: The crone is a character in folklore and fairy tales, an old woman. In some stories, she is disagreeable, malicious, or sinister in manner, often with magical or supernatural associations that can make her either helpful or obstructing. The Crone is also an archetypal figure, a Wise Woman.

Personally, I like the last sentence describing the crone as a Wise Woman. An experienced person evolving from the child I’ve outgrown, and as an adult whose reason for being I no longer need defend. She’s my marker as to where I’ve been and where I’m heading.

To honor my Crone, I created a SoulCollage® card, making her part of my Community of ally/supporters. Contemplating the image, My Coming of Age Crone reminds me that I Am the One who in full bloom stands before you as the wise woman that I am. Full and vibrant, not giving up on anything or anyone who receives wholeheartedly what I have to share, at this stage of life any falsehoods, misunderstandings, and fears that were self-inflicted and learned have run their course and powerless over me.

The Crone no longer has to conform to the norm, work for someone else, told when to vacation, ask permission, nor care whether or not she’s accepted, rejected or loved.  She reflects the joy of her own sanity, for she is connected with her authentic self.

These new attributes that come with age may cause the Crone to seem disagreeable, malicious, and sinister in manner. No longer playing the game, the energy she inspires breaks with tradition, culture, religion, the tribe. The Crone, no longer bound by expectations, assumptions, or superstitions is not looking to fit in. The Crone is not concerned with being liked or disliked. To be considered friend or foe no longer causes suffering.

Having failed and succeeded in this life and in a million lifetimes before; having been humbled, abused, and scorned, this wise woman knows what she doesn’t want. It’s clear that wisdom, derived from the heart, is the place she understands, and responds to life from. From this place of discernment and understanding, the Crone deciphers, discriminates, intuits her needs and what benefits her nature. She takes her cues from no one; therefore aligning her energy with the Creator’s to co-create and manifest.

Happy with herself, the Crone is content with her aloneness.

Happy with herself, the Crone is forever evolving; accepting every moment as an experience attributed to change of which she herself is a witness.

← Bits And Bobs View Of The World